by magenet on April 8, 2022 in Review New Car
PALM SPRINGS, Calif. – Sometimes, when a car is launched there’s more to the story than just the arrival of another new model in a manufacturer’s lineup.

On those occasions, which seem to be happening more frequently, the car isn’t just a car. It conveys a message of the present, but also future, intent. A sign of things to come, in other words.

To recap, Volvo aims to reduce its carbon dioxide emissions per car by 40 percent by 2025, with half of its global sales coming from pure electric vehicles. These plans fold into Volvo’s longer-term goal of becoming carbon (climate) neutral by 2040.

So, the C40 Recharge is a big one. So big, in fact, that Volvo is calling it the future of the company. 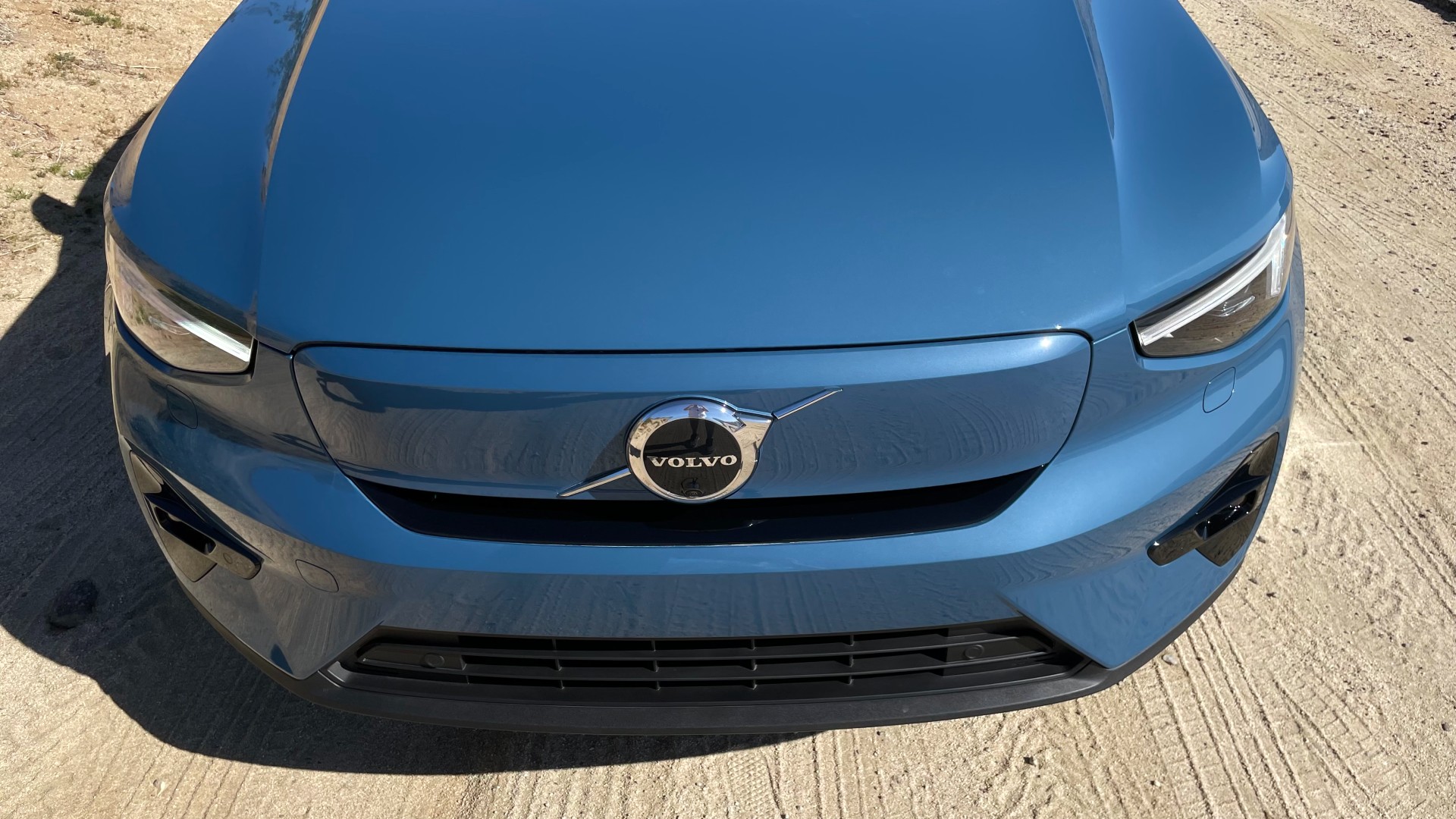 There’s a lot to unpack here, but I’ll start with design. The C40 Recharge is essentially identical to its XC40 stablemate from the A-pillar (windshield) forward, which covers the front fascia, hood, and LED headlights with Thor’s Hammer signature. From a dead-on-front view perspective, the two cars are virtually indistinguishable.

From the A-pillar back, however, differences emerge. The most notable of which is the roofline, which is lower than that of the XC40 and drops significantly at the rear, which gives the car a sportier, coupe-like profile. Viewed from a rear three-quarter perspective, the C40’s floating black roof and upward ascending LED taillights combine for an aggressive stance that makes the XC40 seem rather staid by comparison. 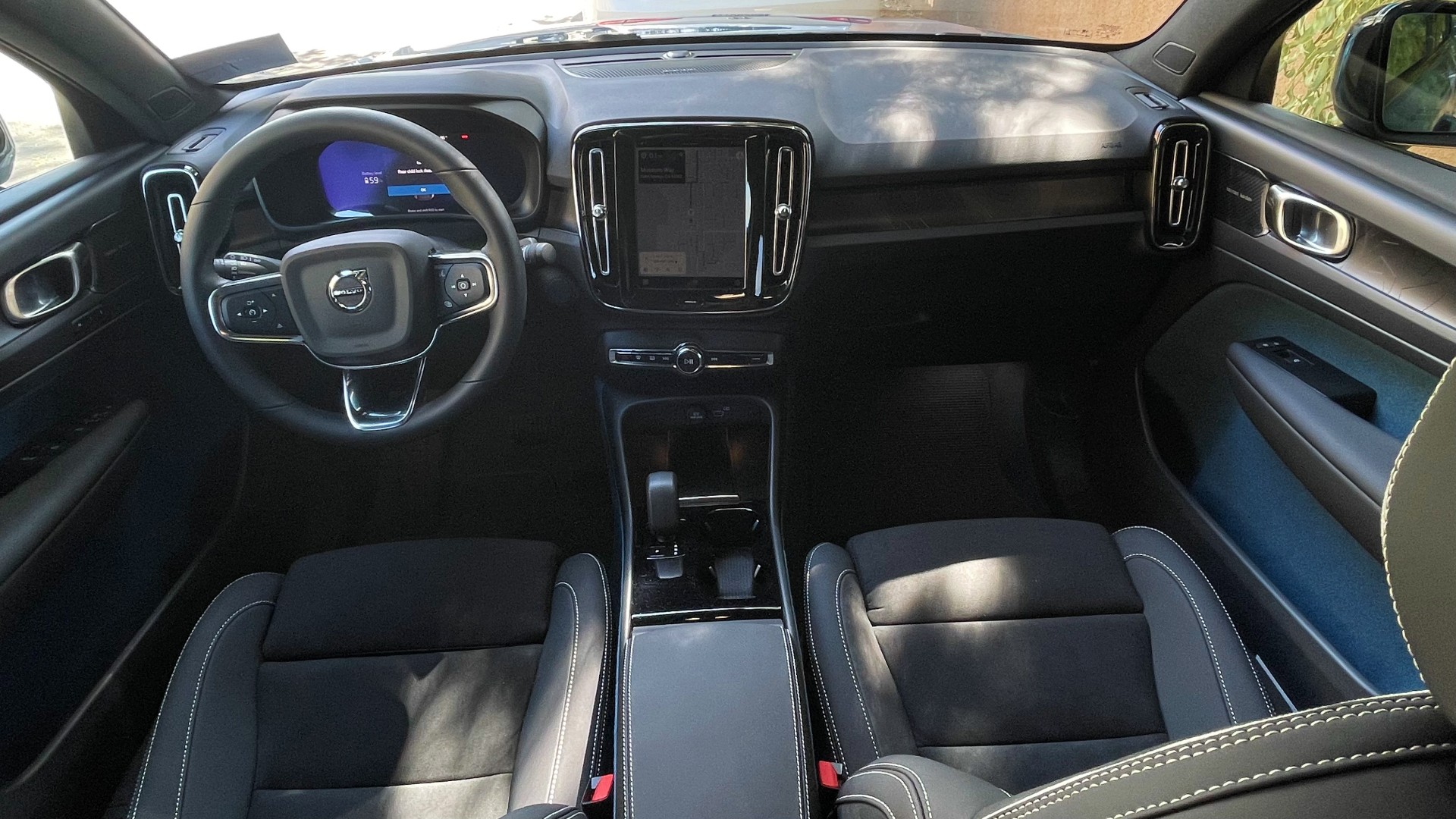 On the inside, one of the big headlines is that the 2022 Volvo C40 Recharge is the first Volvo to offer a leather-free interior. Its cabin is replete with sustainable materials, including recycled plastics used in the dash, seats, front door panels, and in the Fjord Blue floor carpeting, which is 100 percent made from recycled plastic PET (polyethylene terephthalate) bottles.

The other main talking point in the C40 interior involves its infotainment platform, which has been jointly developed with Google and is based on the Android Automotive operating system. As a result, Google’s most popular apps such as Google Maps, Google Assistant and Google Play Store are built-in and work seamlessly with both the 9.3-inch main dashboard display and the 12.3-inch Digital Driver Display.

Of note, the system doesn’t support Apple CarPlay at launch, but Volvo said it will arrive in an over-the-air software update slated to be pushed out mid-year. The company also has plans to gradually roll out the new infotainment system across the rest of its lineup. 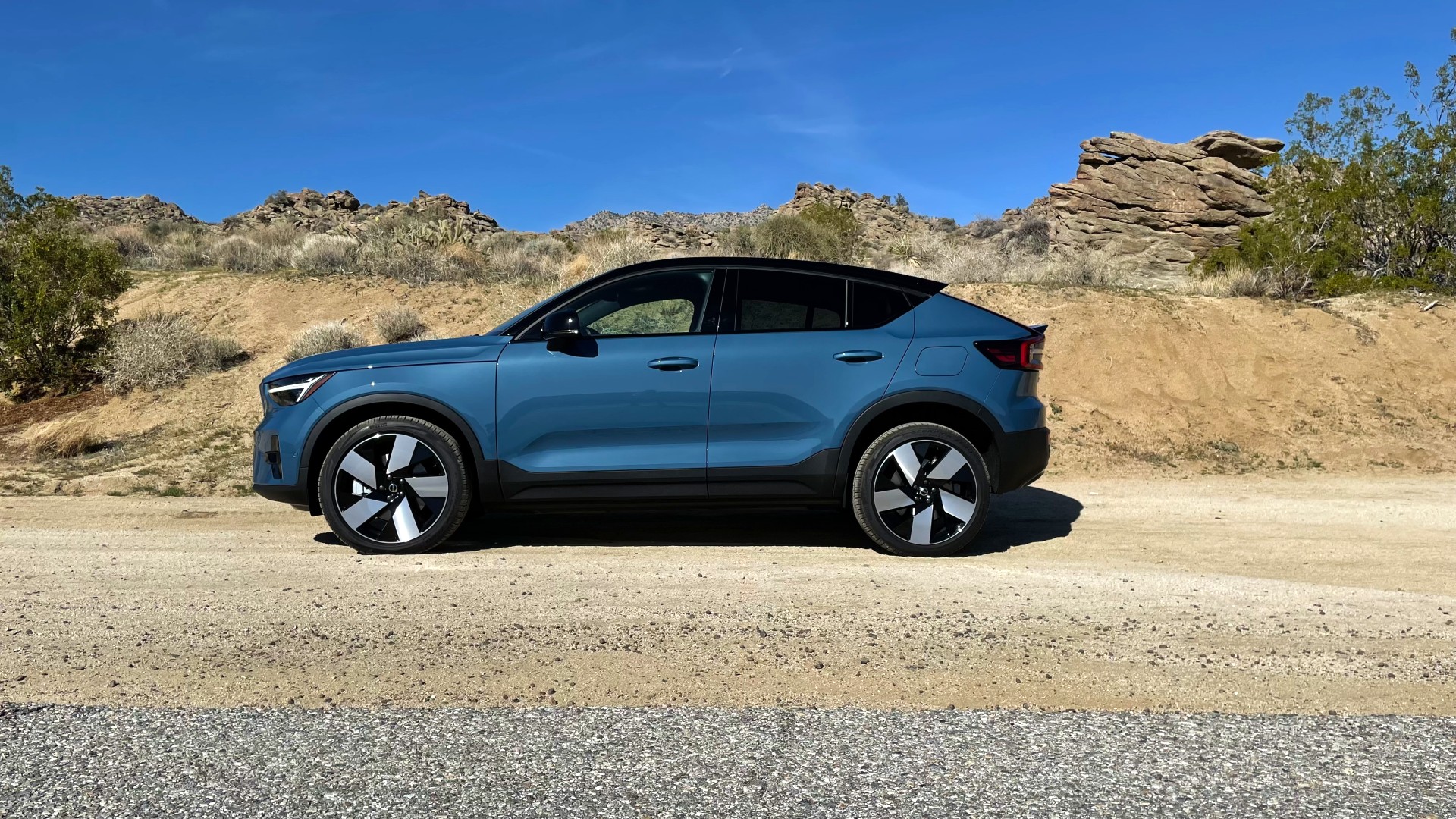 As for propulsion, the 2022 Volvo C40 Recharge sports a Twin P8 AWD electric powertrain, which features twin 150 kW motors placed at each axle for a permanent all-wheel drive format that produces 402 horsepower and 486 lb-ft. of torque. The torque split is 50/50 but the bias can shift variably based on driving conditions. The system also utilizes a shift-by-wire single-speed transmission.

Working in conjunction with the electric motors is a 78-kWh lithium-ion high-voltage battery and 11 kW onboard charger. The battery will support DC fast-charging up to 150 kW, which can charge the battery from 10 to 80 percent in about 33 minutes at stations that bypass the onboard charger. Volvo says that a 220-volt level two home charger will charge the battery from zero to 100 percent in about eight hours. On a full charge, the C40 has an estimated range of 360 km (224 miles). 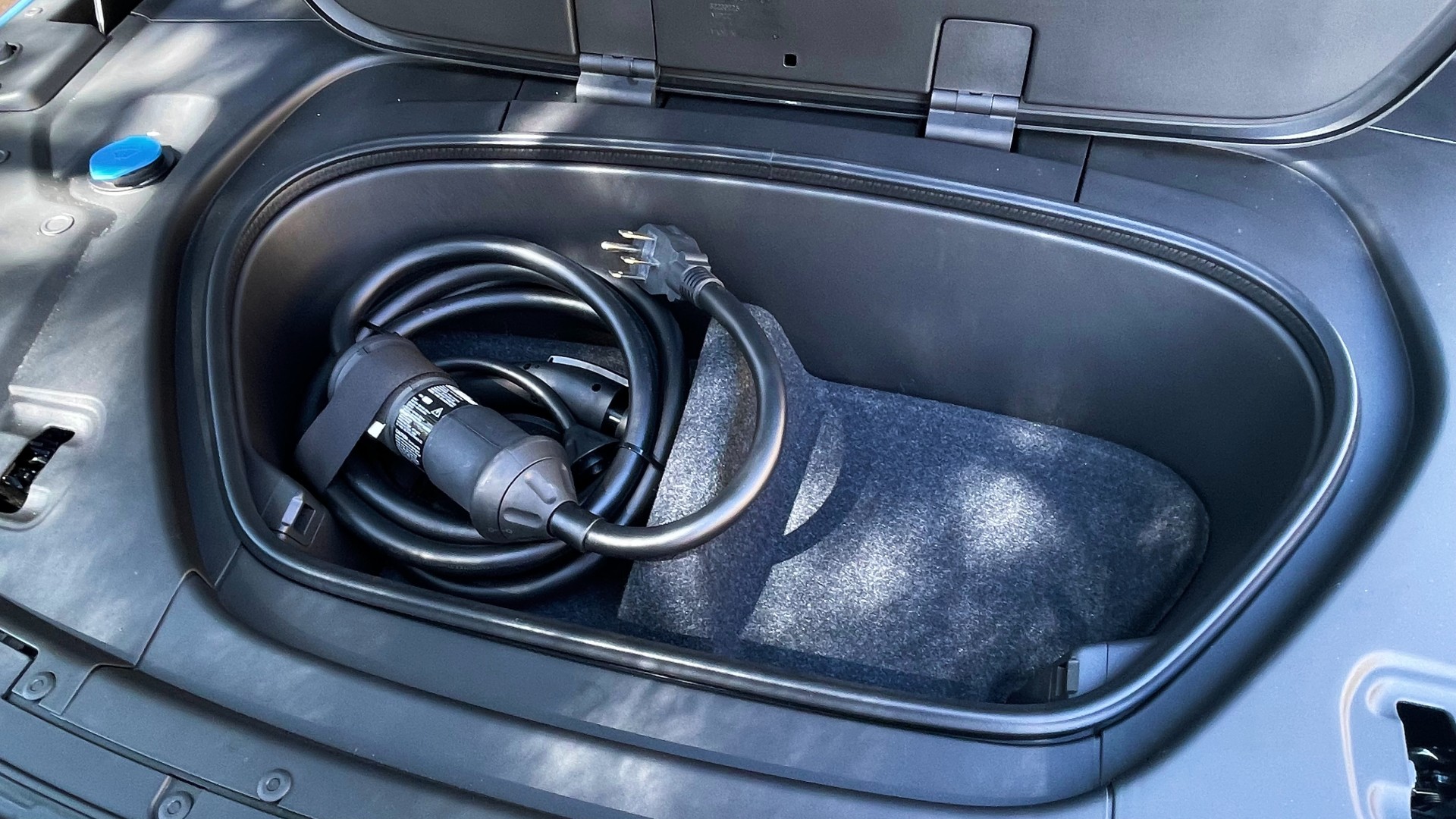 Safety is also worth mentioning here as the C40 sports Volvo’s new Advanced Driver Assist System (ADAS). ADAS provides collision mitigation with braking and steering assistance at low and high speeds, through visual, audible, and haptic warnings. The system can also provide automatic braking in the case of an imminent collision. While these things aren’t new to the C40, the sensor platform underpinning them is and Volvo says it’s scalable and will eventually be rolled out across the lineup.

With respect to the C40 model range in Canada, it consists of just one: the Ultimate grade, which retails for $72,600. The Fjord Blue carpeting is available at no extra charge and can be combined with four of the C40’s seven exterior colours.

Related to pricing, with the launch of the C40 Recharge, Volvo is introducing One Price Promise, a new program that will remove price negotiating from the purchase process to provide, “a straightforward and transparent shopping experience that is negotiation-free, both online and in-store,” the company said in a statement. Of note, the program applies only to the company’s pure electric models (C40 Recharge and XC40 Recharge). One Price Promise is live as of April 1.

Based on the roughly four hours I spent driving it, I’d say it’s quite impressive. It’s sleek and stylish, crammed with technology and premium content, and is fun to drive.

I really like the look of the C40, both inside and out. Its exterior possesses the advantages of a crossover (higher ground clearance, good outward visibility) but with a sportier, car-like aesthetic. Its 20-inch wheels, lower roofline, and upward ascending taillights hint at its performance capabilities, but also clearly separate it from the XC40. 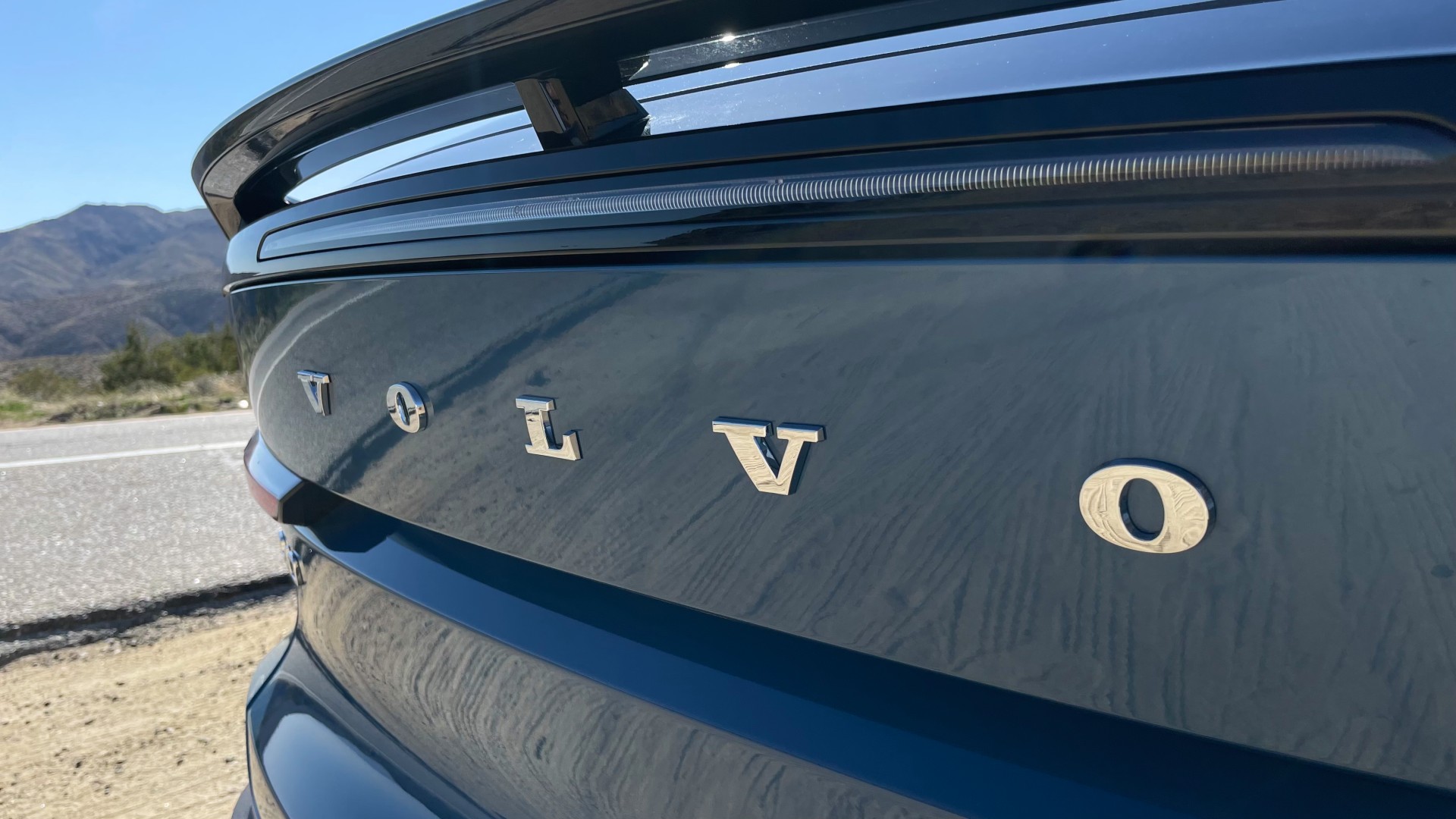 On the inside, the decision to go leather-free is a noble choice, but what stands out for me is the recyclables being used here still look and feel premium. I’m not sure if I’d select Fjord Blue carpeting, but I think it works because the C40 is an EV, and EVs are supposed to be a little different, so it’s fine.

Elsewhere, in the cabin, I really like the presence of a console shifter, even though the transmission is electronic. The two digital displays are gorgeous, especially the 12.3-inch instrument cluster, which offers both pin-sharp resolution and a configurable layout. High marks also to the 9.3-inch multimedia unit, which I find easier to use than the Sensus display in older Volvos, and with a much brighter colour palette to boot. The seating is also worth mentioning. It’s quite comfortable and supportive up front and offers quite a bit of room in back.

But despite its strong design and content offering, what I really like most about the C40 is the drive.

Yes, it’s fast (0-100 km in about 4.7 seconds), acceleration is smooth, and it is whisper quiet, but what really sticks with me is how great the C40’s one-pedal drive execution is. For congested city roads, it is the perfect solution. It requires so much less effort yet doesn’t feel disengaging. Instead, it feels like just the right amount of assistance, which is ideal for monotonous traffic. On that note, the stop and hold at intersections is wonderful – it’s a little concentration break I think all drivers could use.

Additionally, one-pedal driving is also excellent for modulating speed on twisty, undulating roads, as I discovered on California State Route 74, a twisty two-lane strip that leads up to the Coachella Valley Vista Point, which overlooks Palm Springs. 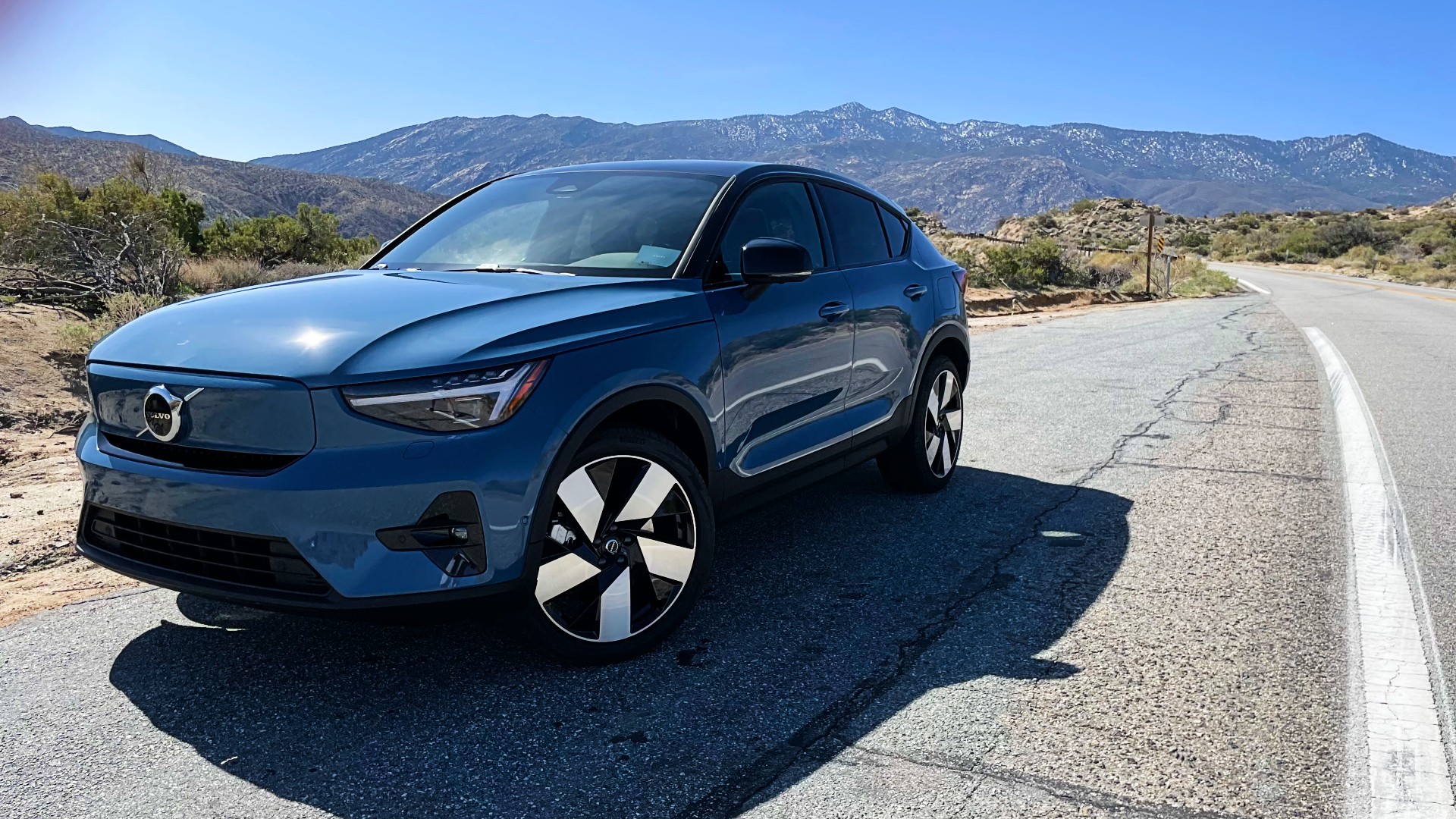 This windy stretch is full of blind corners, sharp switchbacks, and few runoffs, so maintaining and adjusting speed and steering inputs are vital. Not having to work two pedals in this circumstance is a huge asset, which aids focus and reduces stress. Incidentally, this stretch also showed off the C40’s light and sharp handling reflexes, which I find impressive.

The C40 Recharge isn’t perfect, of course – no car is. The lack of CarPlay compatibility at launch is disappointing, cargo capacity is on the small side, the frunk is tiny, and it doesn’t have the longest range. Rearward visibility through the liftback window isn’t great either.

Here’s the thing, though – none of those are dealbreakers in my eyes. And I don’t think they will be for intenders either. The C40 gets the main things (style, performance, comfort, features, safety) right, while also pointing the way toward an electric, sustainable future. And that’s no small feat.